“People sometimes wait to see a dermatologist until their rosacea becomes unbearable. Dermatologists encourage you to make an appointment long before this happens”.1

Umbrella
What may the Rosacea Umbrella include?

DotS the definition of rosacea may vary. The (United States) National Institute of Arthritis and Musculoskeletal and Skin Diseases’ (NIAMS) definition is:

“Rosacea (ro-ZAY-she-ah) is a long-term inflammatory skin condition that causes reddened skin and a rash, usually on the nose and cheeks. It may also cause eye problems”.2

“Rosacea (pronounced “roh-ZAY-sha”) is a chronic but treatable condition that primarily affects the central face, and is often characterized by flare-ups and remissions”.3

What are the first signs of rosacea?

In Rosacea: Check If You Have Rosacea the (United Kingdom) NHS elaborate on:

“The first signs of rosacea include:

The redness may be harder to see on darker skin”.4

What are the symptoms of rosacea?

In Rosacea: Overview, Symptoms & Causes – Symptoms of Rosacea the NIAMS elaborate on:

“Most people only experience some of the symptoms of rosacea, and the pattern of symptoms varies among individuals. While the condition is chronic (long lasting), rosacea often cycles between flare-ups and periods of remission (lack of symptoms).

The symptoms of rosacea include:

In Rosacea: Overview, Symptoms & Causes – Causes of Rosacea according to the NIAMS:

“Scientists do not know what causes rosacea, but there are a number of theories. They know that inflammation contributes to some of the key symptoms, such as skin redness and rash, but they do not fully understand why inflammation occurs. It may in part be due to the heightened skin sensitivity in people with rosacea, to environmental stressors, such as ultraviolet (UV) light, and TO microbes that inhabit the skin. Both genetic and environmental (nongenetic) factors likely play a role in the development of rosacea”.6

What are some rosacea triggers?

In Rosacea: Triggers the NHS elaborate on:

“It’s not known what causes rosacea, but some triggers can make symptoms worse. Common triggers for rosacea include: 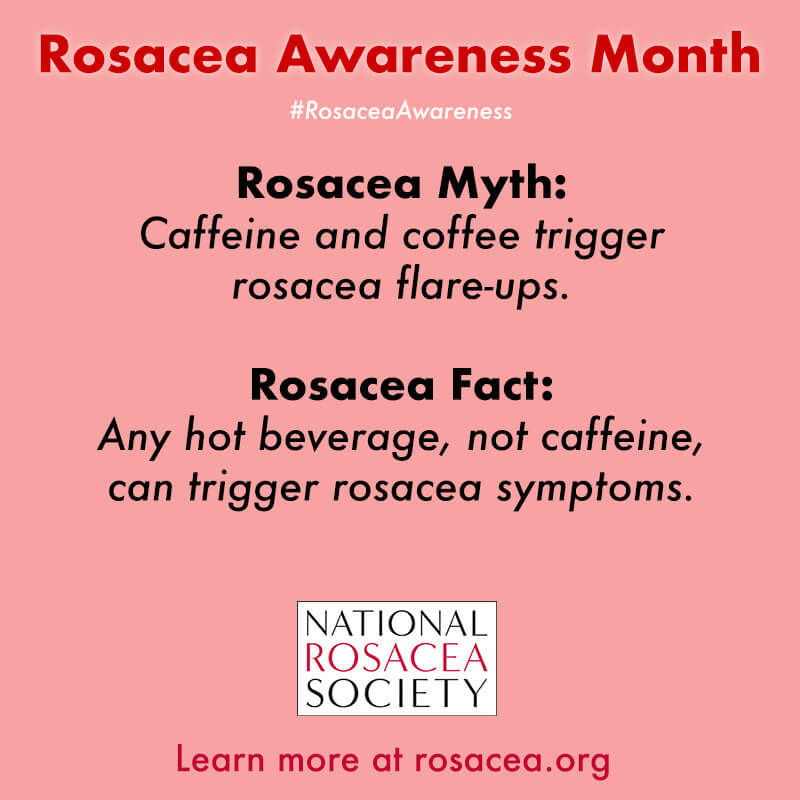 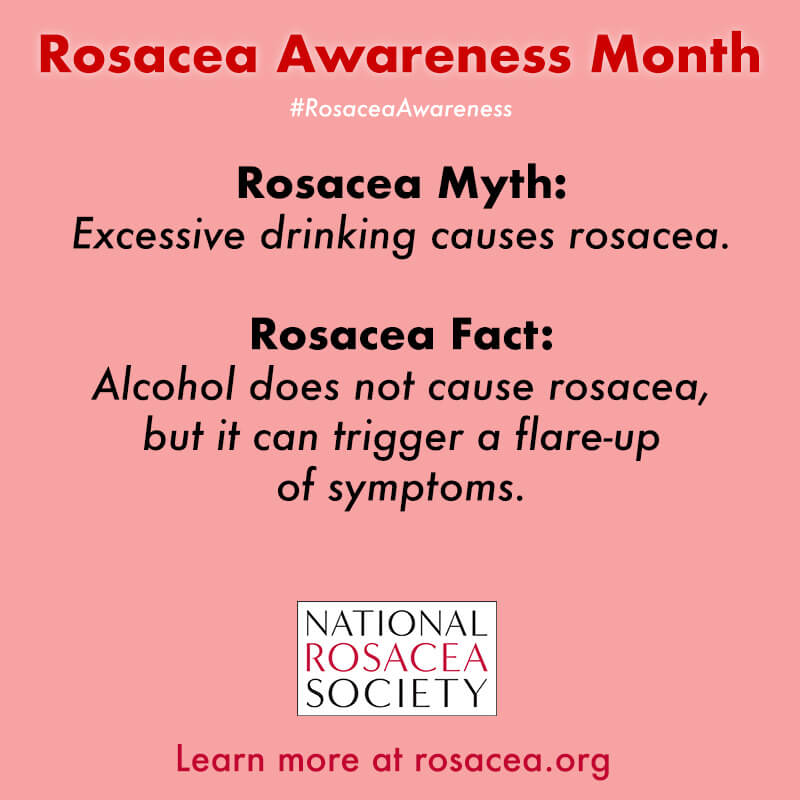 Is there a diary to find and avoid personal rosacea triggers?

In Rosacea Diary Booklet: An Easy Way To Find and Avoid Your Personal Rosacea Triggers the National Rosacea Society explain how to use their diary.

How common is rosacea?

In If You Have Rosacea, You’re Not Alone according to the National Rosacea Society

“An estimated 16 million Americans have rosacea, yet only a small fraction are being treated”.8

Is there an association between middle aged white women and rosacea?

“Rosacea can affect anyone. But it’s most common in middle-aged white women”.9

“Anyone can get rosacea, but it is more common among these groups:

How is rosacea treated?

“The International Rosacea Foundation provides recommendations for the best natural rosacea treatment for facial skin as well as ocular and eye treatment”.11

“Treatment for rosacea focuses on controlling signs and symptoms. Most often this requires a combination of good skin care and prescription drugs.

The duration of your treatment depends on the type and severity of your signs and symptoms. Recurrence is common”.12

In Rosacea: Treatment for Rosacea From A GP the NHS elaborate on:

“Rosacea cannot be cured but treatment from a GP can help control the symptoms. It can get worse if it’s not treated.

A GP may suggest:

The GP may refer you to a skin specialist (dermatologist) if treatments are not working”.13

What if I think I have rosacea?

If you think you have rosacea, it may be in your best interest to choose to talk to your health care provider about this.

In All About Rosacea the National Rosacea Society explain:

“While the cause of rosacea is unknown and there is no cure, knowledge of its signs and symptoms has advanced to where they can be effectively controlled with medical therapy and lifestyle changes. Individuals who suspect they may have rosacea are urged to see a dermatologist or other qualified physician for diagnosis and appropriate treatment — before the disorder becomes increasingly severe and intrusive on daily life”.14

In Do You Have To Treat Rosacea? Worried Your Rosacea Is Not Serious Enough To Treat? the American Academy of Dermatology | Association encourage us to seek treatment early:

“People sometimes wait to see a dermatologist until their rosacea becomes unbearable. Dermatologists encourage you to make an appointment long before this happens.

The earlier you start treatment, the easier rosacea is to manage”.15

Where may I find Health Topics related to Rosacea?

In Health Topics A-Z may find:

Where may I find Links related to Rosacea?