“Premenstrual syndrome (PMS) refers to the range of
physical and emotional symptoms many women
experience in the lead-up to a period”.1

Umbrella
What may the Premenstrual Syndrome Umbrella include?

What are premenstrual changes?

“Many women in their reproductive years experience transient physical and emotional changes around the time of their period. In fact, at least 90% of women with regular menstrual cycles report unpleasant physical or psychological symptoms premenstrually. For the majority of women, these symptoms are mild and tolerable. However, for a certain group of women, these symptoms can be disabling and may cause significant disruption in their lives”.2

What is premenstrual syndrome (PMS)?

DotS the definition of PMS may vary. The MGH Center for Women’s Mental Health’s definition is:

“Premenstrual Syndrome, commonly referred to as PMS, is a broad term that typically refers to a general pattern of physical, emotional and behavioral symptoms occurring 1-2 weeks before and remitting with the onset of menses”.3

The (Australian) Jean Hailes for Women’s Health’s (JH) definition is:

“Premenstrual syndrome (PMS) refers to the range of physical and emotional symptoms many women experience in the lead-up to a period”.4

“PMS refers to a wide range of physical or emotional symptoms that most often occur about 5 to 11 days before a woman starts her monthly menstrual cycle. In most cases, the symptoms stop when, or shortly after, her period begins”.5

What are some PMS symptoms?

“The list of potential signs and symptoms for premenstrual syndrome is long, but most women only experience a few of these problems”.6

In Premenstrual Syndrome (PMS): What Are the Symptoms of PMS? the JH also note:

“Symptoms of PMS vary in intensity from woman to woman and can vary from one cycle to the next”.7

What are PMS psychological/emotional symptoms?

In Premenstrual Syndrome (PMS): What Are the Symptoms of PMS? the JH elaborate on:

What are PMS physical symptoms?

In Premenstrual Syndrome (PMS): What Are the Symptoms of PMS? the JH elaborate on:

What are PMS behavioural symptoms?

PMS Common or Not

How common is PMS?

“PMS is common, affecting from 30-80% of women of reproductive age, though clinically significant PMS symptoms have been reported in 3-8% of patients”.13

What is premenstrual dysphoric disorder (PMDD)?

DotS the definition of PMDD may vary. The MGH Center for Women’s Mental Health’s definition is:

“Premenstrual Dysphoric Disorder (PMDD) is a more severe form of Premenstrual Syndrome characterized by significant premenstrual mood disturbance, often with prominent mood reactivity and irritability. Symptoms of PMDD can emerge 1-2 weeks preceding menses and typically resolve with the onset of menses. This mood disturbance results in marked social or occupational impairment, with its most prominent effects in interpersonal functioning”.14

In Learn: PMDD the International Association For Premenstrual Disorders (IAPMD) definition is:

“Premenstrual Dysphoric Disorder (PMDD) is a cyclical, hormone-based mood disorder with symptoms arising during the premenstrual, or luteal phase of the menstrual cycle and subsiding within a few days of menstruation. It affects an estimated 5.5% of women and AFAB individuals of reproductive age. While PMDD is directly connected to the menstrual cycle, it is not a hormone imbalance. PMDD is a severe negative reaction in the brain to the natural rise and fall of estrogen and progesterone. It is a suspected cellular disorder in the brain. Symptoms can worsen over time and or around reproductive events such as menarche (the first menstrual cycle), pregnancy, birth, miscarriage, and perimenopause”.15

How is depression different to PMS and PMDD?

“PMS and PMDD have similar symptoms to depression. However, with PMS and PMDD, the symptoms get better completely as soon as menstruation begins, while those of depression do not.

PMS and PMDD need to be distinguished from underlying depression because the treatments are different”.16

What is premenstrual exacerbation (PME)?

DotS the definition of PME may vary. In PMDD/PMS: Ruling Out Other Psychiatric Illnesses the MGH Center for Women’s Mental Health explain:

In Learn: PME the IAPM’s definition is:

“Premenstrual Exacerbation (PME) refers to the premenstrual exacerbation/worsening of the symptoms of another disorder, such as major depressive disorder or generalized anxiety disorder.

Premenstrual Dysphoric Disorder (PMDD) and Premenstrual Exacerbation (PME) are difficult to distinguish from each other”.18

“Doctors are still searching for the exact cause of premenstrual syndrome or PMDD. Hormone levels are the same in women with or without PMS/PMDD. But it is thought that women with PMS/PMDD have a greater response to the fall in hormones that occurs in the days before a period. There may also be changes in neurotransmitters in the brain. Some women have a genetic risk factor for PMDD. Undiagnosed depression or anxiety can also lead to problems”.19

Do PMS symptoms tend to recur in a predictable pattern?

“Symptoms tend to recur in a predictable pattern. But the physical and emotional changes you experience with premenstrual syndrome may vary from just slightly noticeable all the way to intense”.20

How may I Look for A Pattern with PMS?

In Tracking Your Cycle & Symptoms the IAPMD explain:

“PMDD cannot be diagnosed via blood, hormone, or saliva test. These tests can, however, rule out any underlying disorders including hormone imbalance or thyroid issues. The only way to currently test for PMDD is by tracking symptoms for a span of two more menstrual cycles”.21

“A completed menstrual chart is the first step towards understanding your own menstrual health”.22

“The best way to confirm the diagnosis of PMDD is by prospective daily charting of symptoms. Women with PMDD will experience a symptom-free interval between menses and ovulation (the proliferative phase)”.24

Where may I find a diary to keep a record of any symptoms I have?

Is there an association between menopause and PMS? 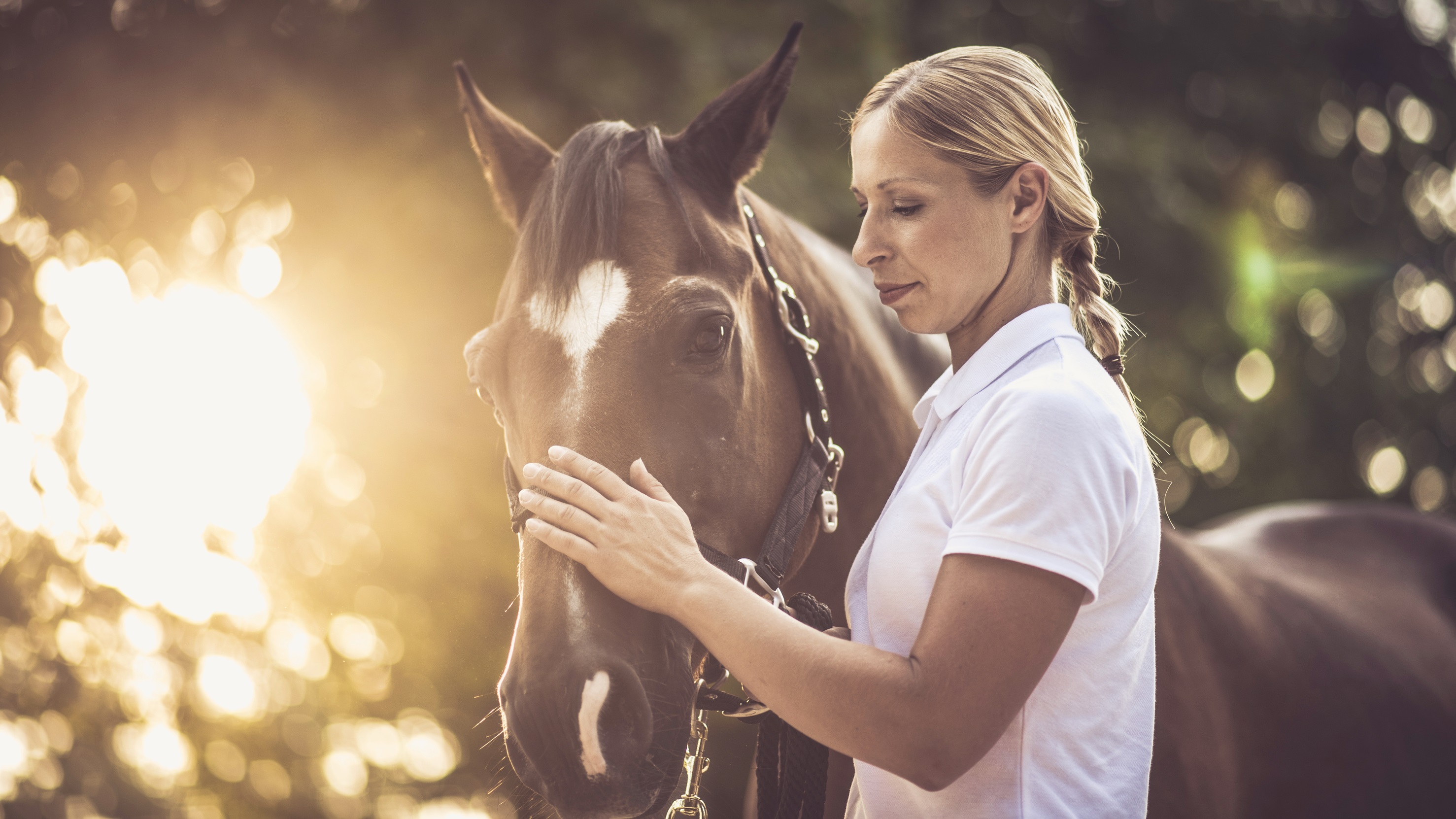 “Women can feel depressed and/or experience changes in their mood around perimenopause (the months/years before menopause) when their hormone levels fluctuate. Menopause does not cause depression, but women who have had depression before menopause, or who have a history of premenstrual syndrome (PMS), may be more sensitive to the hormonal changes that menopause brings”.25

“Yes. PMS symptoms may get worse as you reach your late 30s or 40s and approach menopause and are in the transition to menopause, called perimenopause.

This is especially true for women whose moods are sensitive to changing hormone levels during the menstrual cycle. In the years leading up to menopause, your hormone levels also go up and down in an unpredictable way as your body slowly transitions to menopause. You may get the same mood changes, or they may get worse.

PMS stops after menopause when you no longer get a period”.26

What if I would like help with PMS, PMDD or PME?

If you would like help with PMS, PMDD or PME, it may be in your best interest to choose to talk to your health care provider about this. The Mayo Clinic explain:

“If you haven’t been able to manage your premenstrual syndrome with lifestyle changes and the symptoms of PMS are affecting your health and daily activities, see your doctor”.27

“As well as changes to your lifestyle, a GP can recommend treatments including:

If you still get symptoms after trying these treatments, you may be referred to a specialist.

This could be a gynaecologist, psychiatrist or counsellor”.29

Where may I find Health Topics related to Premenstrual Syndrome?

Where may I find Premenstrual Syndrome Links?